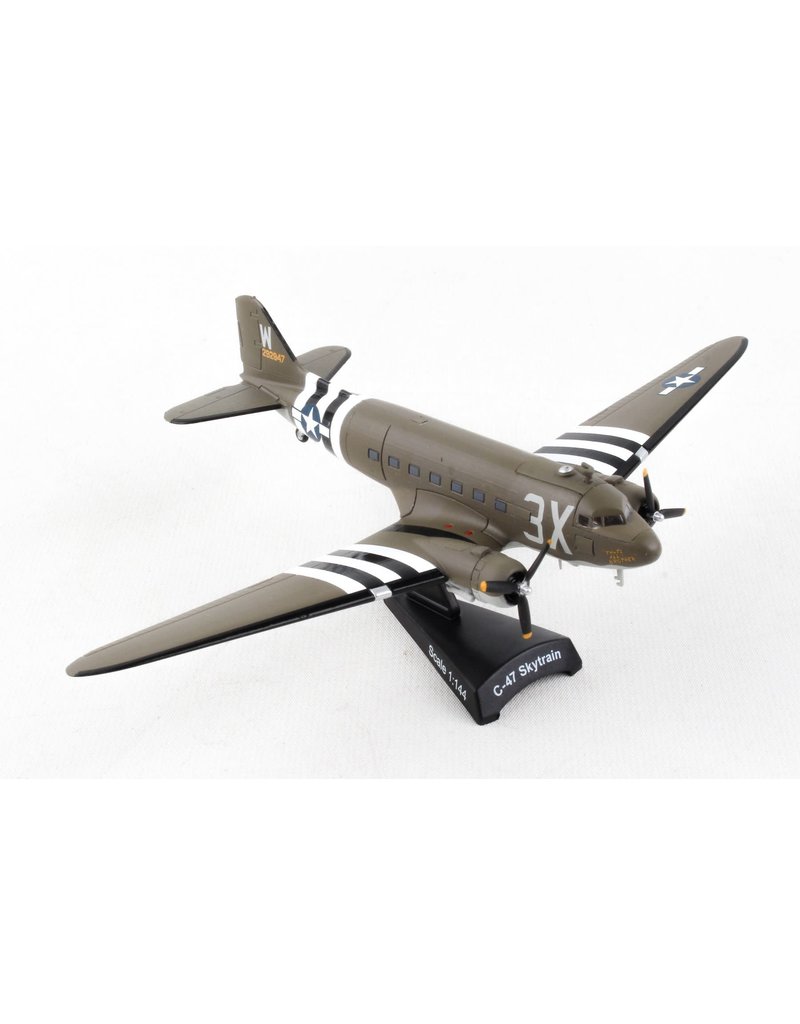 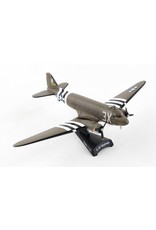 POSTAGE STAMP C47 1/144 THAT'S ALL BROTHER
This Die-cast metal airplane model comes in 1:144 scale with plastic stand and is approximately 5 1/2 inches long with 7 3/4 inch wingspan.
The C-47 Skytrain developed from the Douglas DC-3 which was designed for commercial passenger service in the early 1930's. Entering service in 1935, the DC-3 was quickly adapted for military transport service and designated as the C-47 Skytrain. World War II saw high demand for the reliable C-47, with over 10,000 produced. The C-47's played a key role on D-Day during the Allied invasion of Normandy in Operation Overlord, June of 1944.
That's All Brother led the formation of 800 other C-47's from which approximately 13,000 paratroopers jumped on D-Day, June 6, 1944. "That's All Brother" was chosen by John M. Donalson, commander of the 87th Troop Carrier Squadron, who flew the plane during the operation, as a message to Adolf Hitler. It has been restored to its 1944 condition and is part of the Commemorative Air Force.