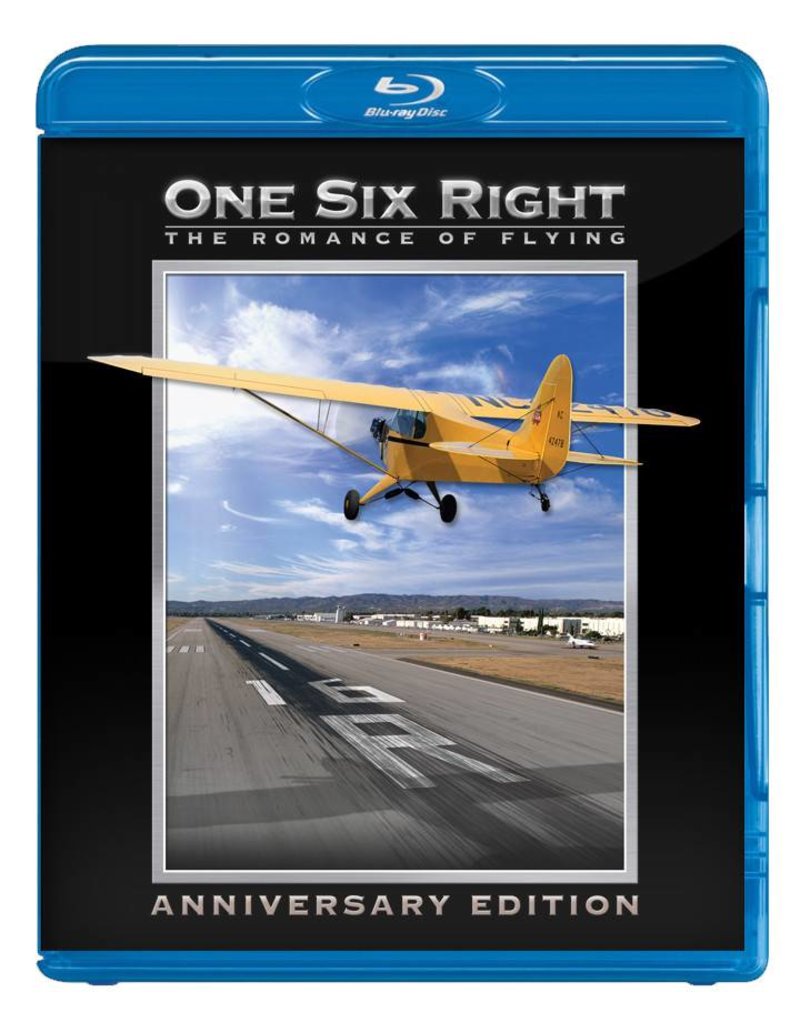 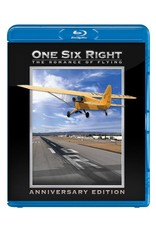 Terwilliger Productions is pleased to announce the re-release of aviation film classic, One Six Right: The Romance of Flying on Blu-ray, marking the 10th anniversary of the original DVD release.

One Six Right was filmed with a state-of-the-art digital cinema camera, though due to DVD technical limitations that display less than 20 percent of the camera's resolution, we have never seen the film's full quality - until now. Blu-ray has a resolution six times DVD. The original camera masters are also re-digitized and remastered to achieve more vibrant colors and sharper images, using tools not previously available.

This Anniversary Edition Blu-ray includes all the special features from the DVD, plus the entirety of One Six Left (the companion DVD), that includes “The Making of One Six Right.” and 10 minutes of never seen air-to-air footage with 12 different airplanes - all in high definition.

One Six Right has remained a unique aviation film in the decade since it was first released and is often regarded for how it conveys the passion that pilot’s have for flying. Harrison Ford declares that the film "captures the spirit, joy and beauty of flight” and is “one of the finest aviation films ever made."

Local airports are the unsung heroes of aviation. To celebrate this, the film traces the life, history and struggles of an airport icon: Southern California's Van Nuys Airport. Through the love story of one airport, the film and its endearing soundtrack share the timeless romance of flying.