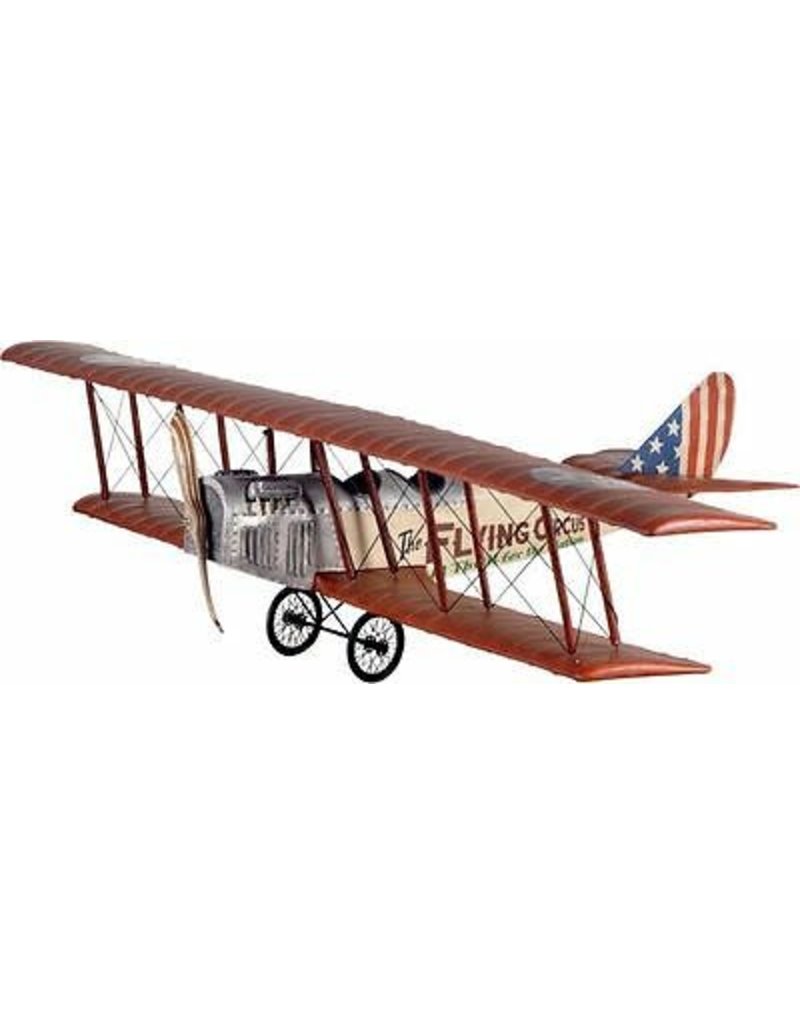 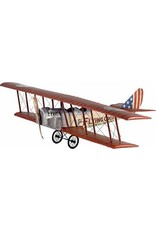 The Curtiss Jenny airplane model is completely hand-built & handcrafted of silk fabric stretched across a lightweight wooden frame, similar to the original construction methods of the early 1900s. The wheels are spoked and the tires are made of rubber. The rotating propeller is handcrafted of laminated wood.

The cockpits are detailed with leather accents and instruments. Engine cover & wheels are made of metal. The model aircraft can be displayed hanging from the ceiling or sitting on it's own landing gear.

This model has the markings of the United States Army Air Corps, these roundels were used from 1917-1942. It is sure to become a conversational addition to your aviation decor and is the perfect size for a shelf.

Barnstorming was a popular form of entertainment in the 1920s in which stunt pilots would perform tricks with airplanes, either individually or in groups called a flying circus. Barnstorming was the first major form of civil aviation in the history of flight. The term barnstormer was also applied to pilots who flew throughout the country selling airplane rides, usually operating from a farmer's field for a day or two before moving on. "Barnstorming season" ran from early spring until after the harvest and county fairs in the fall.

The Curtiss JN-4 is possibly North America's most famous World War I aircraft. It was widely used during World War I to train beginning pilots. The Canadian version was the JN-4 (Can), also known as the "Canuck", and was built with a control stick instead of the Deperdussin control wheel used in the regular JN-4 model, as well as usually having a somewhat more rounded rudder outline than the American version. The U.S. version was called "Jenny". It was a twin-seat (student in front of instructor) dual control biplane. Its tractor prop and maneuverability made it ideal for initial pilot training with a 90 horsepower (67 kW) Curtiss OX-5 V8 engine giving a top speed of 75 miles per hour (121 km/h) and a service ceiling of 6,500 feet (2,000 m). The Curtiss factory in Buffalo, NY was the largest airplane factory in the world.