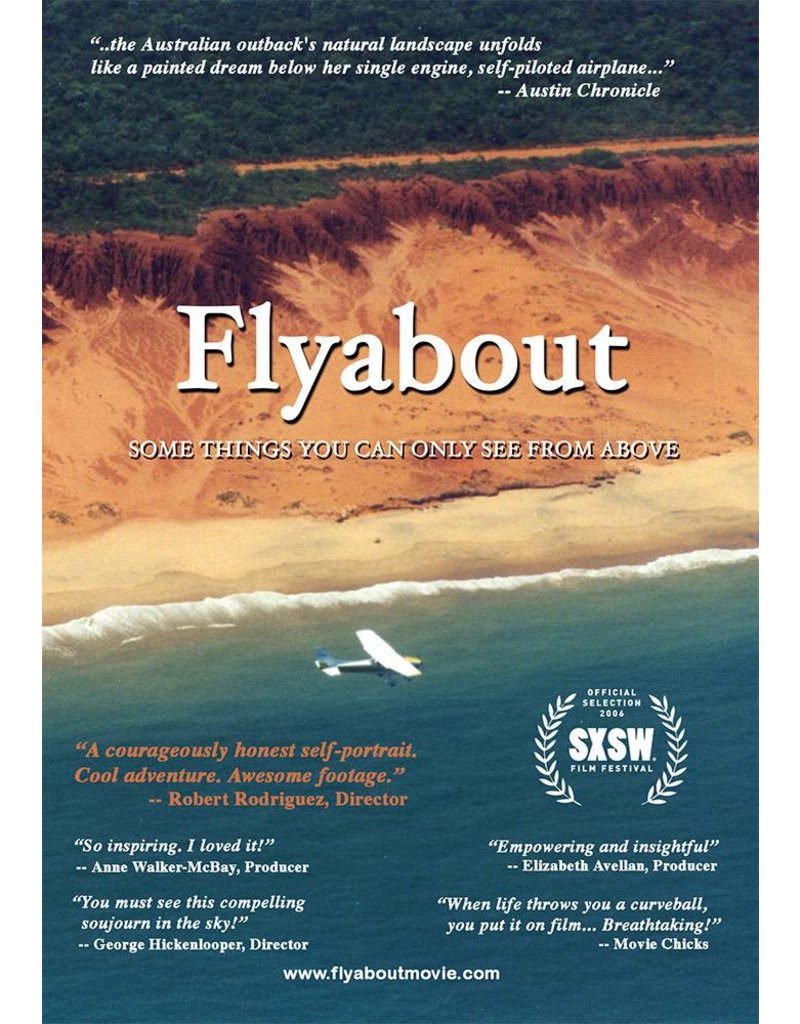 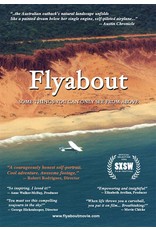 “A masterpiece that rivals the best aviation movies. And aviation is richer for her accomplishment“ -- Max Trescott, CFI of the Year 2008 - Flyabout is the heartfelt, personal story of a young woman, Monika Petrillo, who never has been a person to postpone her dreams. So at 24, she decided to get a pilot's license, and inspires her father to do the same. As the movie begins, they take off together flying a plane around the continent of Australia. Her introduction to the Aboriginal Walkabout brings on the realization that piloting the plane won’t be the hardest part of the trip.

The only woman pilot in a group of eleven people, Monika experiences the true freedom of flight above one of the most untouched places on earth. As she becomes exposed to Australian culture, she learns about the Walkabout, a spiritual journey the Aborigines have valued for tens of thousands of years. That inspires her to use this trip to take stock of her own spiritual household. The first step toward that end is to relax. But that proves much more difficult than she thought: a tight schedule, careful and constant maintenance of the aircraft, pot-holed dirt runways, mechanical failures, sudden loss of visibility and unpredictable crosswinds keep her both too busy and too uptight. But what impacts her most is the conflict that arises between her father and herself.

They had both underestimated the consequences of her father‘s limited experience as a pilot, and that quickly takes its toll—not only on the collaboration in the cockpit, but also on their relationship. Monika struggles with feelings of responsibility on the one hand versus doubts about contradicting her father, who has always been her role model, on the other.

As their plane continues its path across the outback, the young woman slowly comes to realize that personal and spiritual growth can‘t be forced. Instead of searching so hard, she starts to look out the window. And that simple action is the first step towards learning the real lesson.

Flyabout is an intimate, personal story about a pilot‘s journey around Australia. It is the story of a young woman growing into an adult and coming to grips with how generational roles change over time.

“One of the best things I saw at Air Venture this year!”
-- Max Trescott, CFI of the Year 2008, Author, Aviation Blogger

“Quite an inspirational video…"
-- Martha and John King, King Schools

"..a little gem of a film"
-- Amy Laboda, Aviation for Women Magazine

“…The flying scenes were great and made me feel as if I were there. Indeed they were so powerful that I wanted to take the stick and land it crosswind sometimes…”
-- Rinker Buck, Author “Flight Of Passage”

"Monika has successfully combined a story of family drama with an extraordinary air journey, told against the backdrop of an amazing Australian scenery."
-- Ikuo Shimizu, Koku-Fan Japanese Aviation Magazine

"If you’re a pilot, this movie will revive some of the most positive feelings associated with flying. If you’re not a pilot, you certainly will want to become one and will better understand what flying is all about. Beyond words."
-- Vincent Lambercy, Aviation Blogger (plasticpilot.com)

"If this film does not make you want to head out to the airport NOW and crank up the Skyhawk, you should consider turning in your pilot's license."
-- Dan Pimentel, Aviation Blogger (AV8rdan's World of Flying)

"If you are an aviation enthusiast I am confident you will enjoy this film"
-- Todd McClamroch, Aviation Blogger (Myflightblog.com)