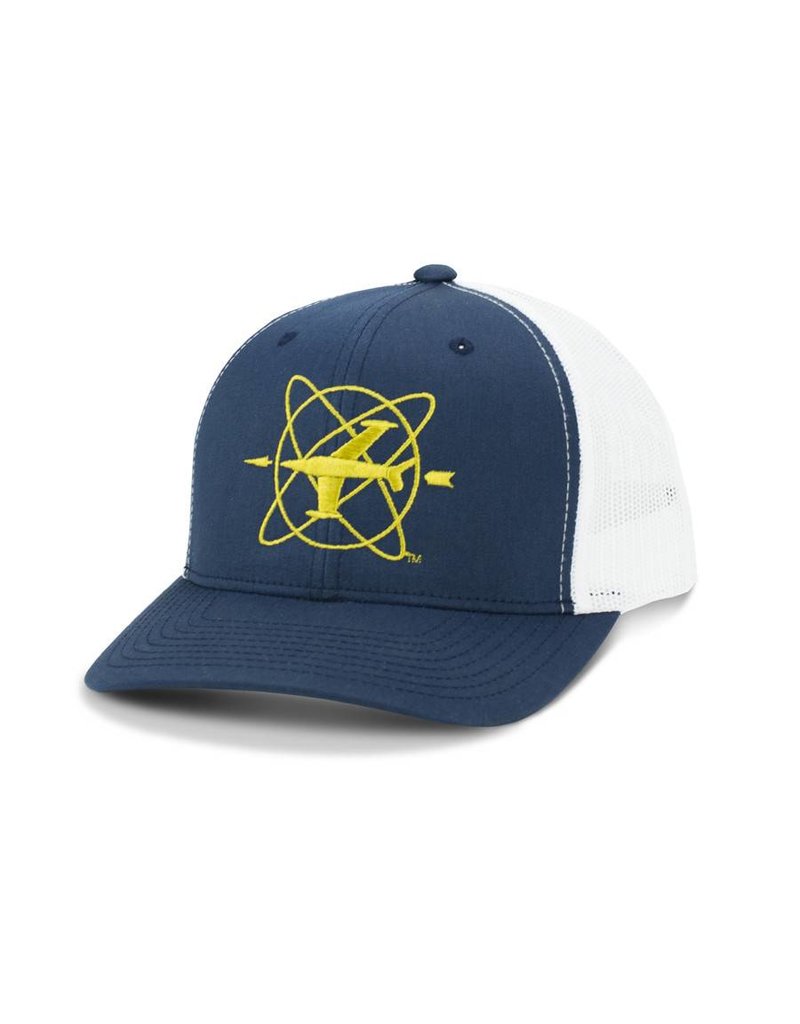 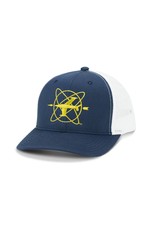 ASA logbooks have been The Standard of the industry for over 55 years. The highly recognizable logo that appears on all ASA logbooks has become a symbol of quality and achievement. This retro snapback trucker hat is the latest addition to The Standard collection from ASA, and a friendly nod to the classics of yesterday. Suitable for wear in the cockpit, hangar, or local FBO, The Standard Trucker Hat is sure to be a favorite among pilots, AMTs, and aviation enthusiasts everywhere.

So why is it called a trucker hat if there is an airplane on it? The history of these mesh-backed hats goes way back to the seventies when the style was made popular by, you guessed it, truckers. The front panel of a traditional trucker hat was made of foam with a silk-screened design. However, we moved it up a notch and replaced the foam front with a fine-stitched durable cotton blend, and added a touch of class with The Standard logo gold-embroidered onto it.

All aviation professionals are held to a standard, and anything shy of that is simply unacceptable. The Standard Trucker Hat is a way to show the world that the wearer has not only met the standard, but will perform to it every time, in everything they do.